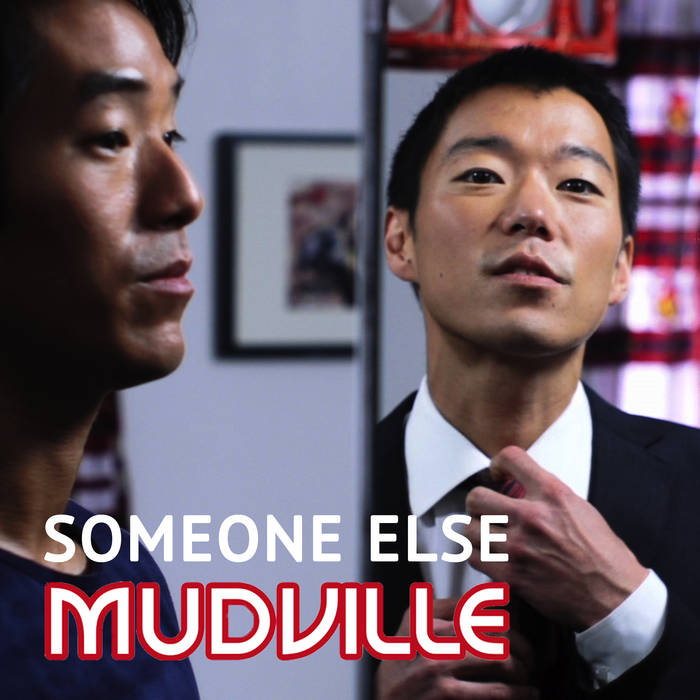 "Someone Else" was born at the behest of film director and Mudville uber-fan Nelson Kim. When Kim embarked on directing his first feature film, Someone Else, he first enlisted Benny Cha Cha to create an "intense" score for the film. After choosing to use both "Joy" and "Duke" from Mudville's album Iris Nova in pivotal scenes in the film, Kim decided he also wanted something of a "palate cleanser" for the end credits. He gave Carino an early cut of the film and asked her to distill her impressions into a song. The result, with evocative lyrics like "Oh my soul, where did I go?/I saw my face in painted shards/And I was wrong," laid over Cha Cha's sultry R&B-ish beat bed, became Mudville's first single in eight years, "Someone Else."

Oh my soul, where did I go?
I saw my face in painted shards
And I, I was wrong

Swear an open vein,
Hand to my heart,
Die if I'm fakin'

Into the beast unblessed I go,
With the worst of sermons and all the best of someone else

When I get it right I love that pretender

Trying to get the lines read, making no time I freeze in the whiteness

I see it now
No sympathy for thieves and they're blindness

No key for ghosts who need their lullabies of lies, no rest for grinders tears

No matter how I try to hit the target, Someone else would never miss